Alright folks, this is my 3rd YouTube video to date. If you’ve been following my videos, I cleaned up the desk mounted camera a bit, and reduced the saturation of the RGB splash behind me in the video. Happy to receive any feedback! 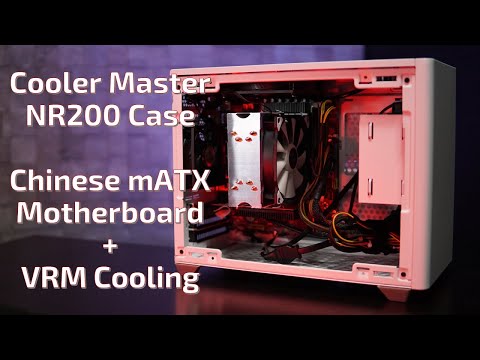 I’ve been learning Davinci Resolve as I record on the Atem Mini Pro ISO and edit straight off the Samsung T5 SSD. Makes for a pretty fast workflow.

So this week I learned how to record voice over directly in Davinci Resolve Fairlight (the audio page in resolve). The 2 voice over clips in this video for the sped up fan testing portions were recorded in resolve with my Rodecaster Pro audio mixer and the Shure SM7B you can see on my desk in frame in any of my videos.

For those same 2 clips of fan testing data you can see some on screen animated text bullets and such which were all made in Davinci Resolve Fusion (the vfx page in resolve). This was my first ever Fusion work so took way too long and is probably not that impressive… but hey I did learn the basics!

If you are into all things tech, you might enjoy my channel. Take a peek.

I also use a Rode Procaster, and interested to learn more about recording vo directly into fair light?

Also I still haven’t worked out how to open up the resolve project from the atem extreme as a multi cam project, would really appreciate some insight.

I am still going through the transition from prempro to resolve and the learning curve is pretty steep for me.

To be fair every once and a while, resolve launches but doesn’t open the project and I have to click it again. Must be a race condition on launch.

Once you are in Resolve, its all about learning the UI of resolve which isn’t totally intuitive (or just has a lot going on). There is some learning curve. But basically you want to learn each of the “pages” which are listed across the bottom of resolve. The first page is the media page for importing or adding media to your project. The Atem will already have done this for you, so you can probably skip to the 2nd page which is the cut page.

On the cut page you can jog through your timeline which will by default mostly follow the program out from the atem you were recording on. There are a few things it doesn’t record such as flying keys which you would have to rebuild in resolve.

For any section of video on your program you can set mark in and mark out points and insert a different ISO track on top of the program track. I’ll include a quick screen shot of one of my projects with some pointers for you: