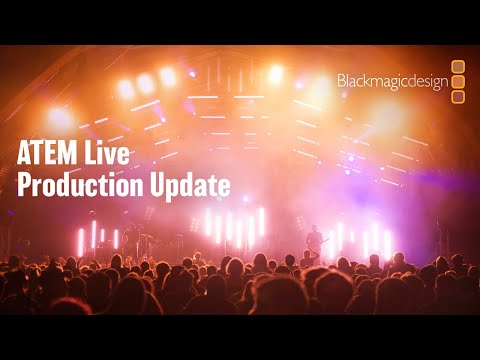 I’m going to have to watch the replay since I’ll be in the middle of a work event at that time!

I’m very curious what we’ll see from this.

I doubt it has anything to do with the ATEM Mini line, since the Pro announcement was still relatively recent and both products are less than a year old. That said, I wasn’t expecting the Pro either.

They also still relatively recently launched the big 8K one so I doubt we’d see anything on that end of the spectrum either.

Who knows, should be fun!

I’m imagining a streaming box with the encoder from the ATEM Mini Pro, but with SDI input and maybe it will be the 1/3 rack size. So a Web presenter that can stream directly (maybe even to multiple destinations).

Would be cool to see some bigger ATEMs released with streaming too though!

ooh that’s a good one, that would pair nicely with the 2/3 rack size Television Studio. Bonus points if it also had an SD card recorder in it, so like a Hyperdeck Studio Mini with a streaming encoder

I think there is probably an update for the mid-range (Production 4k) switchers, given that they haven’t been updated for several years. They are definitely missing some core features like scalers on inputs, and possibly. Interesting to see if there are some features on firmwares as well!

A couple of these definitely do stand out

Wait isn’t the stream tomorrow? Also I stand by my original post…more HDMI I/O in the mid-tier units.

I’m eager to see if they challenge the Tricaster Elite 2 announcement from yesterday as well. For work from home workflows on paper at least Tricaster is going to sell a lot of units if BM doesn’t respond with better I/O for video conferencing services.

That was not what I was expecting at all!

Not at all. Though it was a feast for the eyes 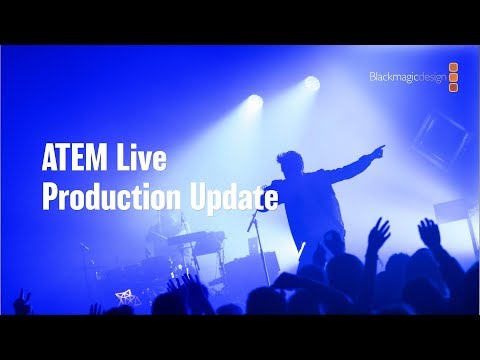 Really looking forward to it! And going live on my channel right after so hopefully I will have plenty to talk about!

I’m so jealous! I just booked myself into hosting a workshop from 9-10:30am so I’m going to have to use the break to catch up on what was announced and won’t be free to talk about it until after 10:30!

Anything in particular you’re hoping for?

I’d like to see scalers and hardware output encoding in their mid-tier switchers. Also, an update to the software control to include a GUI to edit the streaming services XML in the ATEM mini would be useful.

Well if I had to make a wish list…

ATEM Mini Pro Plus with a second HDMI output (program out and multiview/assignable out) and a headphone jack, and saving the media pool across reboots. all the other ones have been updated to the new dark grey design, but the 4K and 4M/E are still the old light grey styles.