Three years ago I wrote a script that will let you log your multicam edit on a production switcher (like the ATEM Mini) or anything that is remotely similiar. You can now fix your live edit mistakes in post production!
Back then it was intended for Vegas Pro, which is my main NLE.
For my second video on my channel I added somewhat of compatibility for Resolve and Premiere Pro. So I hope this is useful to more people now 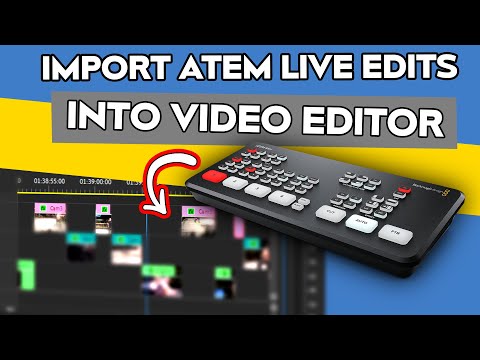 BTW during the production of this video I discovered that @john has something similar in the works with the H2R Logger. It’s currently in closed beta but from the screenshots alone I can tell it’s more robust than my little hacked-together script

Nice work. Would you be interested in having this contributed to the Companion app? I will be using that for my controls instead of a keyboard.

Thank you for your feedback! I will take a further look into it. I think doing this with generic HTTP requests to a server from the script will be my best option, but maybe somebody has a better idea.

For the moment I tested this and it worked for me:
With the VICREO hotkey module in Companion you can simulate keypresses on any device that has the VICREO key listener installed. I can confirm that sending simple numbers works in combination with my script (at least in the Button layout view, in the emulator it send of a weird combination of multiple keys because the web emulator uses the numbers as it’s own hotkeys :D)
Maybe you can test this with your real StreamDeck and report back if it’s working for you

I’m looking forward to when your logger becomes public.

UPDATE: The script now features native ATEM support!
You can now connect to your ATEM switcher in the LAN and the script will only log events when the program bus is changed.